Forex product | Loving your title much…? Or are you listening and creating awesomeness 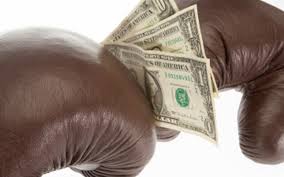 It is not uncommon for a sales team in the forex industry to fail; reasons vary with the most common ones being selling the non-sellable and/or selling the wrong sale.

Confusing I get it; keep reading and it should start to get clearer.

The sales team targets of a forex broker revolve around bringing new individual and network accounts, new deposits and volumes traded. That being said, since we’re all practically selling the same product (no real differentiation between competition), the only thing left to make a sales call different relies heavily on the personality of the sales rep that’s making the call. I know… you’re probably thinking “personality? what the furf is this guy talking about?”

If you train as many sales people as we did over a decade, you will see that in the end everyone sells different. You have people that talk too much, people that talk too little, emotional, aggressive, angry, empathetic, devious, shameless, conniving, gentle, to the point, off point, shy, technical, I can keep going but I’m sure you got the point by now…

In the end, when labelling a sales rep (other than knowledgeable or oblivious) and attempting to actually characterise the work, it boils down to two types. One that closes big, one that closes small. Both important, both needed when looking at it from the management perspective (targets and numbers), but disastrous if you have a Head of Sales that doesn’t know what to do and how to handle them. When looking at the numbers, their work might seem inefficient and unproductive, but with a few minor tweaks it can be your ticket to higher numbers across the board.

Think of a boxing match between these two sales reps; in one corner you have a strong sales person, with a good number of many but small figured accounts. Although strong in on-boarding new (small) accounts, this person has a weakness in selling bigger accounts like corporate, institutional or partnerships (Forex IB and White Labels). Unlike his/her opponent, the monthly numbers show a good number of new accounts opened and an average number of deposits and volumes traded.

In the other corner you have another strong sales person, master in networking and establishing new partnerships, efficient in closing bigger deals. This person’s weakness is on-boarding a good number of smaller accounts and dealing with the “clearance” of a database. Unlike his/her opponent, the monthly numbers show a good number of deposits and volumes traded but a bad number of calls and new accounts opened.

The two fight for a winning spot at the top of the best employee of the month list. Both are outperforming in their respective sales, the one with a good number of opened small accounts, the other with a small number of new accounts/networks, but bigger in size.

So who’s the winner of the Sales team boxing match

Opinions do vary, with one side claiming that with no new accounts, eventually the guy who closes big will not have an account base to keep the portfolio running and with the other side claiming that although small accounts can later turn big, they still don’t pay the bills so money and bigger deposits are what keeps the business running.

If you’ve worked with these two types long enough, you start recognising that in the end one complements the other. And so if they’re both needed and they’re both adding to the overall numbers, whom do you consider a winner of the boxing match?

Repletion in everything and industry saturation, forces a systemic way of promoting talent and handling sales departments. There is a tendency to burn through the sales reps and finally our data. The delegated responsibilities are for all or nothing and there is no scouting and/or talent promotion.

So if we choose one as a winner, we inevitably fail to recognise the other’s hard work, effort and final result that is also needed to support our targets. A pad in the back with a “job well done” is not going to cut it, so whether we like it or not as our sales team increases in numbers, we need to start handling our boxers as two separate assets. Inadequacy in identifying and promoting talent by creating the circumstances for it to occur also signals our weakness in handling and managing the sales department correctly. There is nothing worse than a good sales rep to think of being a low performer because of the inability of the management he/she works for, to recognise potential.

Inadequacy might be a strong word but the problems don’t start with the soldiers, they end with them. The problems start with the captains who run the show and their inexperience to know what they’re working with and how to handle it. There is no coaching or copying the experienced anymore. There’s only hiring “experienced” sales reps with the inexperienced head of sales shouting and blaming for low numbers.

You have a head of sales running your sales team that’s like that; get rid of them and start fresh. You don’t know how to start fresh? Better find someone who can before you reach the point of no return.

Competition is fierce and you need real tools to manage your expensive leads, you don’t need “tools” to work you until there’s nothing left.

Is there anything left? Your move…

allFX-Consult is a boutique forex consulting agency, catering to quality rather than quantity. For over a decade, we’ve been supporting Sales Teams with training methods that aim to create proactive thinkers, rather than reacting customer support.

We don’t compete with in-house Sales Managers. On the contrary we add value to their work by working closely and efficiently towards the same goal.

We’re chosen for being discreet, detail oriented and deadline driven.

How we setup a Sales Department

Contact us for a private conversation to discuss any forex related topic through the contact form or one of our emails at info@allfx–consult.com, partners@allfx-consult.com. We specialise in training sales teams and forex corporate structures for individuals that want to Start a Forex Brokerage.